View a Gallery of photos from our Sightseeing Tours here

Lady Julia Percy Island is Australia’s only off-shore volcano,located 22km from Port Fairy, formed some seven million years ago by violent underwater eruptions related to the final separation of Australia from Antarctica. It is Australia’s only large basalt island off the coast of western Victoria with an area of 133ha -2km in length by 1km in width.The age of the basalt on the island is several million years older than the lava flows on the mainland.

The island provides excellent and unusual exposures of internal volcanic structure, including a volcanic vent at Pinnacle Point. The cliffs of the island contain several features that provide evidence of higher sea levels. These include shore platforms, sea caves, and a stranded boulder beach.

The surrounding water is 35-45 metres deep and waves break heavily on the rocky shores. Marine erosion is concentrated on the south-west and southern shores where vertical cliffs, rocky coves, shore platforms and sea caves have formed. The northern shores, being more sheltered, have slightly less precipitous cliffs and more developed boulder beaches. The plateau increases in height from 32 m above sea level at the northern end of the island to 46 m in the south.

Lady Julia Percy Island supports the largest breeding colony of the Australian fur seal. The colony ranges in size from 10,000 to 12,000 animals which is approximately the same size as the colony at Seal Rocks, Phillip Island. The island provides breeding habitat for two seabird species that are rare colonial breeders in Victoria. Colonies of both the common diving-petrel and fairy prion number approximately 1,000 pairs - by far the largest for their respective species in Victoria. The shore spleenwort, which is vulnerable Victoria-wide, is found on the island.

The island is occasionally visited by Australian sea lions and southern elephant seals. The little penguin (2,000 pairs), and short-tailed shearwater (15,000 pairs) breed on the island. Other seabirds recorded there include the sooty oystercatcher and crested tern. The island also supports terrestrial birds such as the stubble quail, swamp harrier, peregrine falcon, nankeen kestrel, white-fronted chat, Richard's pipit, welcome swallow, and little grassbird. The only reptile recorded on the island is White's skink.

The island is bleak, windswept and treeless with bracken and scrub on thin black soil.In the centre of the island ,there is a small swamp.

During the Early 19th Century,sealing took place with sealing gangs living on the island,often for months at a time.There are 2 graves on the island-a sealer in 1822 and a man in 1828.

Guano was mined on the island until 1861 for fertilizer,being transported to Port Fairy in barges.

Prior to Early 19th Century, the island was covered with a dense,almost impenetrable growth of bushy scrub.Now the whole island plateau is a windswept area denuded of forest cover,due to human interference.

Lady Julia Percy has an incredible history that is straight out of a Hollywood movie classic.

From Shark attacks to wartime submarines and aircraft crashes the stories are very colourful. We take a look at a few stories below.

It was a fine November day when a group from the Victorian Aqualung Club and members of the Port Fairy Manta Skin Diving Club left Moyne River wharf on board the vessel, which ironically was normally used as a commercial shark fishing boat.

Most were in their 20s. All had been aware sharks frequented the area and there was a legend of a huge white pointer called Big Ben. But as adventure-seeking divers they put those thoughts aside.

Mr Kelly’s son David recalled his father had volunteered his time and vessel for the group to explore the island and film seals.

About noon, when one group came up for lunch, Mr Bource and a few others dived.

Soon afterwards a large shark, believed to be a white pointer, rushed through a pack of seals and attacked Mr Bource from below.

What happened next is a little muddied in memories of the frantic moments, but it triggered a brave rescue mission and improvised first-aid which saved the victim’s life.

Mr Bource told The Standard from his hospital a few days after the attack that he felt as if he had been hit by an express train.

“The shark started to drag me down. As I struggled to the surface I could feel my leg go,” he said.

“The thing that amazed me was that it apparently came through all the seals just to get me.”

Mr Coster recalled he could see Mr Bource and two or three others about 150 metres from the boat playing with seals. “Then there was screaming: ‘Shark! Shark!’,” he said.

“He (Henri) was lifted waist-high out of the water.

“Blood seemed to cover him — an incredible amount of blood. The skippered fired up the boat and we quickly got over to them.

“Geoff Birtles and I jumped in. I looked under the water and saw his leg was gone.

“Then Jill Ratcliffe jumped in also and we pushed him up the side of the boat, while Colin Watson hauled him from the deck.”

Mr Coster and several others were later awarded by the Royal Humane Society of Victoria for their bravery.

The mood on deck was tense as quick-thinking divers took a spear gun rubber strip, wound it around his severed leg and kept tension with a knife handle.

Mr Matthey had to quickly retrieve one diver then race back to the Raemur K.

Mr Matthey’s distress radio signals were picked up at Apollo Bay and relayed to Port Fairy, where a doctor was alerted.

“The doctor said if it had been two minutes later we could have lost him,” Mr Matthey said.

It was later estimated Mr Bource had lost 6.5 pints (three litres) of blood.

“Amazingly, he was sitting up in bed at Warrnambool Base Hospital the next day having a laugh,” Mr Coster said.

Mr Bource was back in the ocean less than two months after the attack. Years after the island attack he was in Warrnambool playing saxophone at a dance attended by Mr O’Keefe.

“He was an amazing musician and a very friendly person,” Mr O’Keefe recalled.

The Seal population of Lady Julia Percy Island makes for an excellent motivator for large predatory species such as white pointers.

No radio contact was made with the aircraft but it was seen over Douglas Point by the pilot of one of the other aircraft engaged in the formal exercise. Endeavours were made continuously to contact the aircraft from 0830L hours but were unsuccessful. At 1230L hours by which time the aircraft had not returned to base, overdue signals were sent out. At 1300L hours a search was carried out over the route of the exercise and at 1430L hours part of the mainplane of the aircraft was sighted on Lady Julia Percy Island. A fishing boat searched in the vicinity of the island that evening and passed through small pieces of wreckage strewn over about 3 miles.

A further search by boat was carried out the next morning in the same area which resulted in the recovery from the sea and the island of the port and starboard wing tips, the port aileron, the door to the gunner’s cockpit, portion of a main spar, the top cover of a fuel tank bay and a Mae West. The top cover of the fuel tank bay had the number AW-878 in pencil on the underneath side and the Mae West was identified as having been drawn and signed for by Flight Sergeant MacLellan on 15 February 1944. The bodies of the 4 crew members were never located.

Those crew members presumed to have lost their lives in this tragic accident were as follows:-

A Court of Inquiry into this tragic accident was held on 18 February 1944.

A memorial stone and bronze plaque remembering this tragic accident was unveiled at The Crags Car Park overlooking Lady Julia Percy Island on 14 February 2015. The memorial stone, made from local bluestone, was donated by Michael and Cheryl Steele. It was sculptured by stone mason Ian Knowles and placed into its position by Barnstone of Port Fairy. Air Force bereavement pins were presented to family members of the missing crew members. Crags Road was closed for the ceremony and attendees were ferried to the site by bus from Yambuk.

The initial idea for this memorial was triggered when Warrnambool resident Andrew Coffey spotted some of the wreckage of the aircraft whilst working as an abalone diver. He had been a member of the Warrnambool East Rotary Club for many years and suggested that efforts should be made to research the crash and erect a memorial to ensure that the men who lost their lives in this tragic accident are never forgotten. Andrew Coffey and Roger Cussen, both Rotary members, managed to locate a number of family members of the deceased crew members, who were able to attend the ceremony. Amongst them were LAC Brian Ladyman’s sister, Elizabeth Hastings and Flight Sergeant MacLellan’s daughter, Ann Sorensen.

GERMANY’S quest for military domination in World War II may have came much closer to south-west Victoria than most residents realise — in fact, Hitler’s sailors may have come ashore near Yambuk.

While most of the world’s focus was in Europe, German patrols were scouting

A little-known plane wreck off Lady Julia Percy Island is a fascinating link with a secret role of Australian defences in warding off possible attacks by enemy submarines.

On the western side of the rugged rocky island off Yambuk lies pieces of a   RAAF Avro Anson which toppled off the edge after an apparent attempted crash landing. 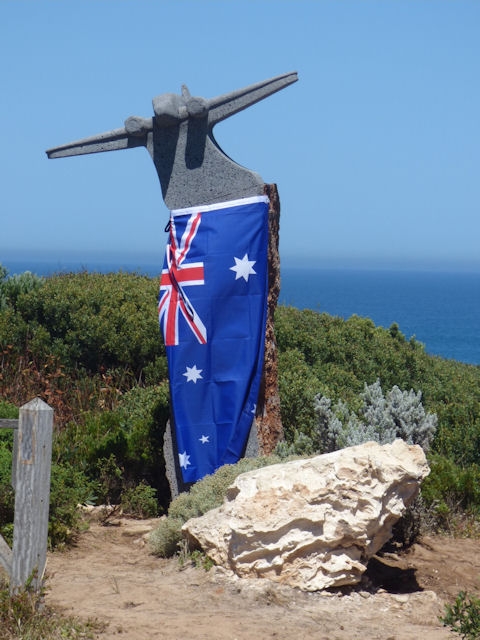 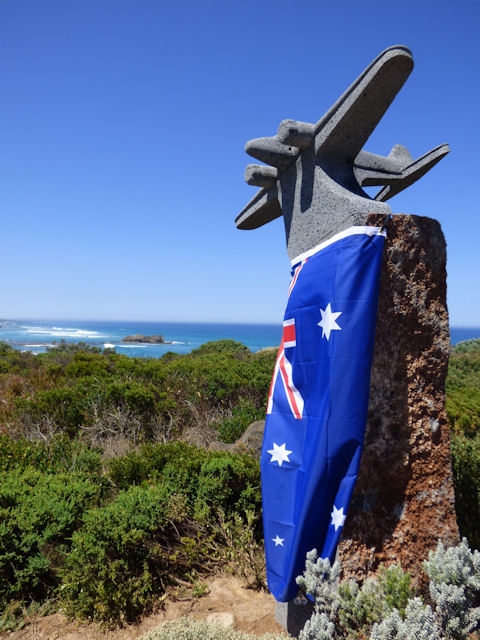