Are You Looking for The Best Port Fairy Reef Fishing Tours or Port Fairy Deep Sea or Game Fishing Charter?

Southern Coast Charters is the Premier Choice for Portland Tuna Fishing and Deep Sea Game Fishing in Port Fairy off the Coast of Victoria. Our newly constructed and purpose built ship, The Southern Explorer, is the most well equipped charter fishing boat in the region.

Capable of crossing the Tasman Sea in comfort, anglers of all skill levels will enjoy the smooth ride and excellent amenities on board. Unlike many other Fishing Boat Charters in the area, Southern Coast Charters can cater for groups of up to 23 passengers; making it the ultimate choice for your group adventure.

About Fishing in Port Fairy

Early 19th century whalers and seal hunters used the coast in this region. In fact, the Port Fairy bay was named by the crew of the whaler boat called The Fairy in 1828.

John Griffiths established a whaling station in 1835 and a Port Fairy General store was opened in 1839. Then in 1843, James Atkinson, a Sydney solicitor, purchased land in the town by special survey. He drained the swamps, subdivided and leased the land, and built a harbour on the Moyne River. He named the town “Belfast” after his hometown in Ireland. The post office opened on 1 July 1843 (the post office actually opened in 1837 as “Port Fairy” but was renamed “Belfast” on 1 January 1854 before reverting to the original name on 20 July 1887.)

Agriculture developed in the region, and Belfast became an important transport hub. By 1857 the town had a population of 2,190. In the mid-to-late 19th century, Belfast was one of Australia’s largest ports, catering to the whaling industry. In 1887 the town was renamed Port Fairy as a result of an Act of Parliament.

At the 2006 census, Port Fairy had a population of 2,599. Its main industries are tourism and fishing (and yes, we love to do both!), and it is the home port for one of Victoria’s largest fishing fleets.

Port Fairy was voted as one of the world’s most livable cities with a population under 20,000 after winning the 2012 International LivCom award. 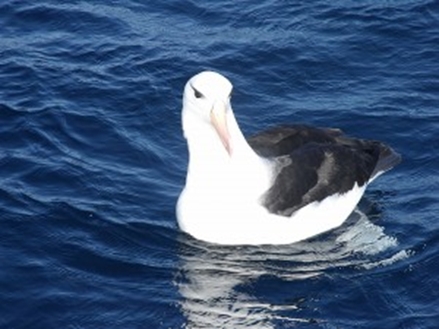 Port Fairy has a rich history and 50 buildings are protected by the National Trust of Australia. Griffiths Island nearby holds a breeding colony of the short-tailed shearwater or Australian muttonbird many of which are found on our adventure trips and seal tours.

Surfing:
Port Fairy has many surfing spots for all skill levels including the Old Passage, a right hand rocky break at the old entrance to the Moyne river; the Lighthouse, a right-hand point break off Griffiths island; and the East Beach with many right and left beach breaks.